Why Did Ehud Barak Resign From Politics?

Former Israeli Prime Minister and current Defense Minister SAYS he is resigning from politics, in order to "study, write, live and have a good time" and "stems from a desire to dedicate more time to [his] family."

But, what is the real reason that one of Israel's shadiest politicians is resigning from politics. 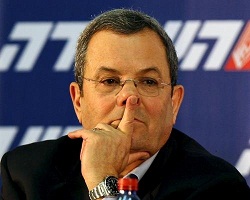 Defense Minister Ehud Barak announced Monday that he is resigning from politics and will not contend in the upcoming Knesset election. He will complete his term as defense minister, he said.

Translation: There are several possibilities - 1) He has outgrown his usefulness to the powers that be; 2) The powers that be have other plans for him; 3) This is part of a series of distractions, to take attention away from something else; 4) His Independence Party did not look like it would have enough votes to get him re-elected to the K'nesseth anyway (Tip: Efraim HaQatan); 5) All of the above. 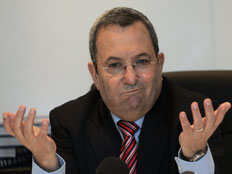 Barak stated that while he had difficulties making the decision, he was confident in his choice. "I want to study, to write to live and have a good time," he said.

"My decision to resign stems from my desire to dedicate more time to my family," he said, adding that his passion never lied in politics.

Translation: A position behind the scenes sounds like a possibility.

"There are many ways to contribute to the state, not only through politics," he noted. (cont.)

Translation: We haven't heard the last of Ehud Barak.

In the meantime, say goodbye to Ehud Barak.

B"H - You mean too early to celebrate? I sent out my euphoric le haim email to many people today :(

Watch him start a new left of left Erev Rav party. Maybe they can call themselves Mityavnim.