On many occasions, I have expressed my apathy about what goes on in the U. S. I couldn't care less, save for the Jews who are stuck there, financially, emotionally, and, of course, spiritually.

Jews, the U. S. is not your home; Israel is. Get out already.

So, why am I writing about this issue? My concern is twofold.


1) Why the heck are Jews, even some so-called Orthodox Jews, supportive of same-gender marriage in the U. S.?
Why am I so concerned about what the goyim do? Well, I'm not. Even though it is assur (forbidden) for even non-Jews to enter same gender marriage contracts, I sincerely doubt that they, save for some religious Christians and Muslims, or even you, would be in the least bit interested in hearing about any halakhic (Jewish legal) which indicate this. (A-hem!...Babylonian Talmud, Hullin 92)

Nonetheless, those so-called Orthodox Jewish supporters have NO business supporting gay marriage. It's assur. Can't they at least be silent on this issue?

But, that does remind me.

2) Not wanting to be outdone by the goyim, will Israel's government be next to confront this issue?
I was sent the following survey results. Who knows how valid or reliable this study is? Nonetheless, it is a clear indicator to me that the issue of gay marriage is being discussed, and some individuals and organizations, with anti-Torah, Erev Rav backing, are preparing to do battle here in Israel.

From Mako-Gay Community News in Israel

This survey also makes the claim that  9% of those surveyed in support of gay marriage in Israel, were "religious," if not "Haredi."

Gee. If that's true, I wonder just what Mako considers "religious," and I also wonder exactly how the survey questions were phrased to those "Haredim."  Hmm...

Jewish Libertarian and Anarchist friends and acquaintances, sorry, I know you don't like being told what to do, but it's assur. Nothing I can do about that.

Nope. It is not assur based on that pasuq branded in your heads….

Leviticus 18:22 You will not lie with mank, as with womankind; it is abomination.

Rather, it is assur, as we learn out from this pasuq:

…and one of those “deeds” was marriage contracts between two men, among other things.

The ensuing battle in Israel (and there WILL be some kind of battle) will be just like that taking place in the U. S., designed to keep the people divided, and focused on a side issue, while the Powers That Be (…and I’m not talking about the K’nesseth) maintains control over the masses, and continues to plot and plan undisturbed.


The Erev Rav controlled government has already succeeded in brainwashing convincing the masses that “progressive” and “enlightened” (ie. assimilation into Western-exile minded culture) are ideals, and that they include this.... 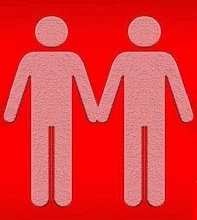 Then, why can't I have this?

Because THIS is considered, by those calling the shots, as “primitive” and “oppressive.” (eyes rolling) 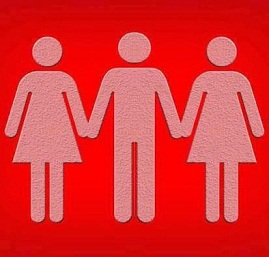 And, I will tell you why, too. Because the secular, Ashkenazi, Western-assimilationist, anti-Torah, "Wannabe Goyim," Labor Zionists say so.

JUST IN!
Apparently, the battle has just begun!

Times Of Israel: Livni champions bid to recognize same-sex unions
Justice minister pushes bill on civil union for gay partners and those who do not meet Orthodox standards for marriage

Justice Minister Tzipi Livni (Hatnua) on Sunday was set to present to ministers a bill that seeks to recognize civil union for same-sex partners, as well as civil marriage for those who do not meet religious standards for marriage, currently the only criteria recognized by the State of Israel. (cont.)
Posted by Esser Agaroth at 11:49 AM

Yes, it was very entertaining.