Those of you who identify as "Reform," "Conservative," "Reconstructionist," and "Jewish Renewal" know that I have often been critical of your approaches as to what it means to "live Jewishly." Yet, many of the times in which I criticize you, I still recognize the consistency in your reasoning, even though I strongly disagree with it. This blog post is NOT meant to be a criticism of you (this time). Rather, it is a criticism of a segment (just a segment) of the so-called "Modern Orthodox" world.

But, this post is also NOT a criticism of the observances of those who are new to Torah-based lifestyle.  Taking on the observance of misswoth gradually can often be positive.  I also find it a bit problematic to expect others to take upon themselves overnight, behaviors which are newly learned and not fully understood.  I believe that these individuals are entitled, more than most, to our patience and tolerance, and to some unusual behaviors, who may need to take on misswoth gradually.

This post is supposed to be a criticism of those Jews who call themselves "Orthodox," yet do what they want, and have no qualms about the complete lack of justification of their actions according to halakhah (Jewish Law).  In other words, they just do whatever they want. 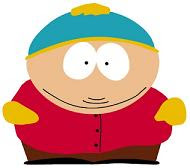 In the episode entitled "Freak Strike," from Season 6 of one of the greatest commentaries on American society, "South Park," the creators go after the cheap TV talk show circuit, criticizing those who debase themselves in order to achieve their "15 Minutes" of fame, which Andy Warhol said that everyone should have. Of course, most of the guests on these talk shows never even heard of this saying, let alone Andy Warhol.

While the character of Butters is duped into posing as a boy with a gross disfigurement, Eric Cartman appears with his mother as a child "out of control," which he really is.

It is not clear whether he is posing as a boy in drag, or a girl. I suppose I missed something there. But, I digress...

Cartman's response to criticism and attacks from members of the audience and from the hosts themselves, is always the same: "Whateva'! I do what I want!"

Little does Eric Cartman know, but his flippant response is exactly many in the so-called Modern Orthodox community truly justify their deviations from halakhah (Jewish Law)

Here are some examples:

"My grandfather was a rabbi. Don't tell ME the halakhah! Plenty of raaaabbis say that a woman doesn't have to cover her hair if she doesn't want to! It's no longer relevant in our modern, Western society!"


"Well, I'm just being responsible bringing my tefillin.  Some say it's even the halakhah to keep them with you.  I mean, I'm not INTENDING to sleep with my girlfriend tonight.  I don't even INTEND to enter her apartment, nor do I INTEND to touch her.  But, it's always important to bring my tefillin with me, just in case I end up sleeping in a place where I hadn't INTENDED to sleep, right?"


3. We are collecting food for the needy amongst the Arabs in Israel,...even though they want to annihilate us. If we give them food, and show them enough love, then they will stop wanting to kill us.  And, besides, such acts of kindness will certain defeat anti-Semitism.  We just have to do enough of them, and then everyone will like us!

(Even though there absolutely NO support for this in halakha (Jewish Law), and even though we have already tried that strategy countless times, yet it has always failed. The Arabs always lie, and say they'll stop, and they don't.  Regarding the goyim from the West...  Esau hates Ya'aqov. -RaShB"I.  Oh, and by the way, anyone ever hear of the negative commandment "לא תחונם"?  See Ramba"m, Hil. A"Z Ch. 10)

Whateva'! I Do What I Want!
(...and I am in complete denial about how Western values do not equal Torah values.)

4. My husband and I found a rabbi to give us a heter for me to use birth control.  You see, we feel it's important in our marriage for us to get to know each better, and children early in the marriage would get in the way of that.

(You should know, even if you don't care, Rav Soloveitchik said mefurash that there is NO such heter for birth control.  Wanna "get to know each other better?"  Have a long engagement.) 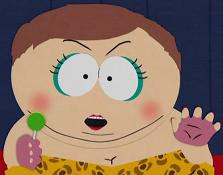 6. "I feel SO connected with my wife, I believe in total equality, and we have fully democratic household.  My wife is very learned in halakhah, so I let her paskin shailos in our egalitarian household.  We take turns saying kiddush and making motzi, believing that in this day and age, a woman can certainly Wee are proud members of our local, Modern Orthodox community, where there there is mehitzah, but where women also lead pesukei d'zimra, give divrei Torah, and get aliyos.  We send our children to a pluralistic school where they can learn to make their own decisions based on how they feel, in an egalitarian environment."

Whateva'! I Do What I Want!
(...and I also seem to have misplaced my testicles.)

OK, so I guess I did end up taking a jab or two at those of you in the so-called "movements."

B"H - Boy, I like this! Couldn't have said it better. Bravo.

First off all, I don't think its fair to say this approach is "Modern Orthodox". This is certainly not consistent with the hashkafa of Rav Solevechik or Rav Shimshon Riphael Hirsch. Its up to each individual to keep halacha fully. More importantly, why do we need to be critical? I think we all have some short comings, and its much easier to point out other peoples than our own.

"Rather, it is a criticism of a segment (just a segment) of the so-called 'Modern Orthodox' world."

4. Sometimes, people do not know that they are doing some incorrect, or in this case, not Jewish, unless they are told. Too often, we treat such individuals with kid gloves (which is sometimes the correct approach), and the response is, "Well, he's being so nice about it, it must not be THAT important."

5. Certainly, and yes. What's your point?

BTW, if you're on facebook, you can join our Haveil Havalim Jewish Blog Carnival group. It is a very diverse group of bloggers across the spectrum.

no, I did not know about tfillin dates. Whiskey Tango Foxtrot.

That's because you still have your innocence. Please try to stay that way.

But you do what YOU THINK / YOU LIKE TO THINK G-d told you to do.

It isn't the same as doing what G-d told you to do.

I hope you realize this. All religious people commit the same kind of bias error. And they think the non-religious are just too polite to call them on it.

I do do what God wants, because I don't try to wrangle out of obligations, like some "rabbis."

If you're not religious, then this post isn't targeting you.

Which rabbis do I listen to? The ones who...
1. Have halakhic sources which back up their opinions.
2. Are not afraid of being asked questions.
3. Are not afraid of answering those questions directly.
4. Have answers which hold up to scrutiny.
5. Do not try to find the answer they want, but rather try to find the answer period, whether they are going to "like" it, or not.