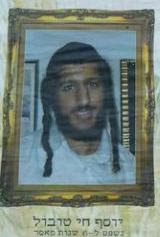 A couple of months ago, I received a call from "Feigi," claiming to be an Orange Cellular Phone customer service representative. She knew my name, and obtained my number from somewhere. (My number is not listed, at least I don't think it is.)

She wanted to send sales agent to my house to offer me a special deal. I said no, but that she could send me some information. I gave her my P. O. Box address. She said she would, but that THIS special deal was only available through an agent who visited customers' homes,...for their convenience.

I said that I didn't have the time, and was out the door to work. I do not remember telling her the name of my neighborhood.

Fortunately, my paranoia built up after living in the Shomron (Samaria) for a time, hasn't gone too lax.

Now that I have been thinking about it, I find it to be a rather odd conversation.

So, what do you think? Was this a scam? A legitimate sales technique?

Has you ever received a phone call like this in Israel, or heard of any company sending agents out to visit private residences?

Let me know your experiences.
Posted by Esser Agaroth at 9:16 PM 3 comments:

This week's edition of the Haveil Havalim Blog Carnival is up at The Rebbetzin's Husband.

Check out last week's edition, too, on Dan Ilouz's Blog.
Posted by Esser Agaroth at 8:17 PM No comments:

The Custom of Going to the Kotel on Shavu'oth

The custom of going to the Kotel, the “Western Wall,” isn't exactly the ancient custom everyone might think it is.

Remember, going up to Jerusalem to bring sacrifices for the holiday meant Although there are those who would like you to believe it is the same thing, it isn't,...far from it. The Kotel is not a part of the Miqdash (The Temple); it is part of the current retaining wall, as it were, of Har HaBayith (Temple Mount).

This custom of visiting the Kotel on Hag HaShavu'oth, interestingly enough, started one week after the day we now celebrate as Yom Yerushalayim.

Religious Jews from across the spectrum took the opportunity staring them in the face, to come as close as the could, or as close as they dared, to Har HaBayith.

Satmar Hassidim make up at least one group of Jews which avoid the Kotel, in order that it should not become the focus for avodah zarah. I have not too many people moving in this direction. Yet, they have a fair point. After, our focus should be on Har HaBayith.

This is also increasingly, albeit gradually, becoming the custom of a segment of the Religious Zionist community, among others, which has woken up to this misdirected focus, and are doing their best to correct it, by raising awarenes, ascending Har HaBayit in the proper manner (ie. kosher immersion, no leather, etc.), and encouraging others to do the same.

However, there are those who believe we should continue to frequent the Kotel area, if for no other reason than to combat the increasing Christian presence there, as well as in the nearby City of David. This certainly makes for a compelling argument.

In any event, let us never lose sight of what is behind the Kotel, and becoming increasingly more accessible to Jews. We must maintain and do what we can to increase that access, eventually retake control of it, and see the Hillul HaShem wiped out!

Below is a clip of Rabbi Moshe Dovid Tendler on Har HaBayit, accompanied by Rabbi Tovia Singer (courtesy of Kumah.org), followed by some additional resources. The full version can easily be found on YouTube.com. If you don't accept other rabbi's opinions of the acceptibility of ascending Har HaBayit, then perhaps you will accept Rabbi Tendler's.

The theme was “Zionists are not Settlers.”

Zionists are not settlers?

If Zionists are people who believe that the land of Israel is the homeland of the Jewish People, then Settlers seems like some of the best examples of Zionists. Am I wrong?

Of course, when you start revising definitions, not to mention historical facts, you can come up with any statement you like, I suppose.

These people are getting desperate.

The truth is that they probably would the slogan from years ago: “A Settler is not my Brother.”

However, this expression never really took off outside of Tel-Aviv, so they had to settle [no pun intended] for a rip off of Neturei Karta's “Jews are not Zionists,” thus their version “Zionists are not Settlers.”

Well, I suppose you can't blame them. With over one half of next year's third grade children expected to be religious, even more in Jerusalem, those “rights” are feared to be on death row.

They are just pawns of the Erev Rav “powers that be,” who want to see the Torah and Israel's borders wiped out.

These people have been successfully indoctrinated into secular, Israeli society and really have no clue as to what it really means to be Jewish.

Do you think I'm being divisive?

Hey, I didn't start it. Remember when Shimon Peres lost to Binyamin Netanyahu in the 1996 General Elections? He clearly stated that “Jews” and “Israelis” are distinct in infamous "The Israelis lost; the Jews won" post-election interview.
Posted by Esser Agaroth at 9:20 PM 1 comment: 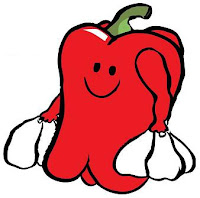 Last week I was just minding my own business, shopping in the Shuq, when I noticed that several people were walking around wearing bright yellow shirts. I didn't think any of it, except thatperhaps they were pasing out fliers, or otherwise promoting some product or event.

Then I bumped into a friend, and we started talking. Of course, knowing him, he started shamelessly, yet innocently, flirting with one of the young ladies wearing a yellow shirt. She gave him a flier, and this is what it said:

Are they heavy? Need help?

The “Lady With Bags” Project in the Mahane Yehudah Shuq has just begun, and it's here just for you.

From now on you will not need to stop every minute and rest – you will be able to get help. Volunteers dressed in yellow shirts are walking around the Shuq area, and are here just to help you!

Turn to us, ask for our help, and we will assist you in carrying your bags to taxis and bus stops.

*Project in memory of Rabbi Morris Pekarsky from Hillel Council

Remember you college's Hillel? Some were bigger than others; some of us got more of it than others. Nonetheless, this may be a project you may want to support, even if it's just complimenting the student volunteers you see, performing a very helpful and needed service.

After doing some reasearch, I discovered that the project's name may be based on a song of the same name, by Erik Einstein (1991). Here is the music video, done in the classic, silly Israeli, comedic style. Even if you do not understand Hebrew, you can still get the jist of it, just by watching.