Boost Settlements After Attack? That's what they all say....

Israel’s minister in charge of housing said he would bolster settlement building in the Jordan Valley Friday in the wake of an apparent terror attack the night before in which a retired IDF colonel was killed.

Housing and Construction Minister Uri Ariel, from the nationalist Jewish Home party, said in a statement Friday morning he would work to “enlarge and strengthen” settlement in the area where Seraiah Ofer, 50, was killed early Friday morning.

The murder occurred at about 1 a.m. at the Brosh Habika vacation village, where Ofer and his wife Monique Mor were living.

The area is about five kilometers south of the settlement of Shadmot Mechola, in the northern Jordan Valley, a sparsely populated desert wilderness on the eastern edge of the West Bank.

There were no other guests at the site at the time. (cont.) 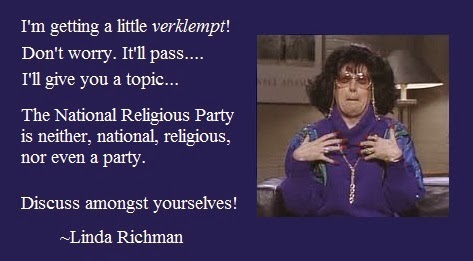 Arutz 7: Housing Minister: No Building In Jerusalem, Blame My Boss
Uri Ariel says it is outrageous that there has been no building in the capital authorized for years.


At a Bayit Yehudi (Jewish Home) meeting ahead of the Jerusalem municipal elections MK Uri Ariel, Israel's Housing Minister, said there is no reason to bow to international pressure to halt building in the capital.

At the meeting last Monday, Ariel told the crowd that there had been no new building authorized in years and that the prime minister was to blame.

The minister repeated several times that across the whole city there was no new building. "Everything that you see being built today is what was authorized two years ago" he said....

Esser Agaroth (2¢):
Setting aside the odd details of this "maybe/maybe not" terrorist attack, like the coincident date, the absence of any neighbors, the murder victim's military connection, let's focus on Housing and Construction Minister Uri Ariel's (Jewish Home) response.

I used to call MK Uri Ariel the one of the only men of Torah and integrity in the K'nesseth.

I do not deny that Uriel Ariel makes some good points in his criticism of both Prime Minister Netanyahu and Jerusalem's incumbent Mayor Nir Barakat, who happens to be standing for re-election this coming Tuesday. However, the blame game just doesn't cut it anymore.

If "your boss" won't let you build, then maybe you should least stop making promises which you apparently will not be able to keep.

What a minute. Do forgive me.

According to the above article, you didn't make any promises to build. You just said that you would "work toward" that aim.

Well, I am far from optimistic, because lately, your "work toward" anything hasn't made much of an impression on me.
Posted by Esser Agaroth at 10:48 PM