On December 16, the long-awaited seventh film installment of the Star Wars franchise opened in Israel. Tickets were put on sale over a month in advance. The “merch,” associated merchandise soon followed, shirts, bags, dolls, action figures, and other toys. 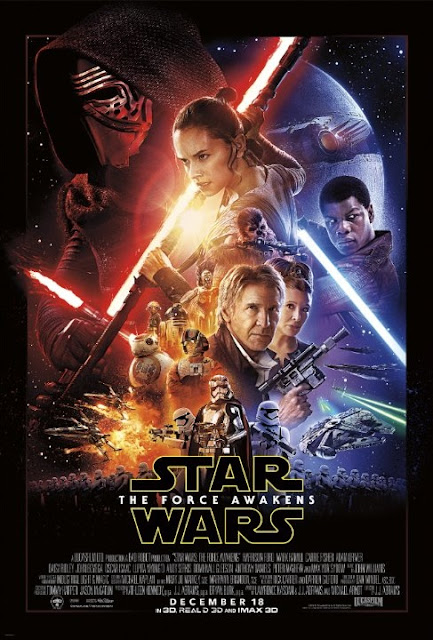 Someone I know was one of the first in Israel to secure his tickets, calling in his order at 12:01 AM, on the first date of availability. He is your typical “frum modern orthodox” Jew, who grew up in a very large Jewish community in North America. To his credit, he came to Israel at the age of 18, not only studied in yeshivah here, but intends to make his life here. He has put his money where his mouth is.

This person actually knows halakhah, and if he does not know the answer to a particular question, he knows where to look it up. However, he seems to have a robotic attitude to it. In all fairness to him, it seems to me that most Jews do.

I am not going to criticize his fascination with “Star Wars.” Many, if not most, of us these days all have our diversions. I certainly have mine.

Nevertheless, I was surprised at his reaction, when I pointed out to him that the movie theater where he was planning to see “Star Wars” operates on Shabboth.

“Other theaters are opened on Shabbos.…”

and the one which really disappointed me was…


“But, I’m not going there on Shabbos., and it's mutar (permissible).”

I simply responded with the obvious, that he was supporting a business which operates on Shabboth.

He could not really respond to this, because he knew that he was. The subject was changed, or he had to go, or something like that. I don’t remember.

The worst part of this story is that his response was not even the worst of them all.

I wonder where “Who cares?” fits in. Is that any better or worse than, “Israel is a democracy?”

“Whatevah! I’ll do what I want!” is even more intellectually honest than either of these responses. In my opinion, this is even better than searching for the right rabbi to give you the answer you want to hear to your question, instead of searching for the correct answer, ie. the truth, whether you like it or not. Of course, none of these is an “orthodox” one.

Well, with the continuous increase in the hijacking of terminology, maybe anything can be considered “orthodox” these days. But, that certainly does not make it Torah.
Posted by Esser Agaroth at 10:09 AM