Esau vs. Yishma’el: The UK vs. its Muslims, part 1

The Guardian: London attack: 'Aggressive' and 'strange' suspect vowed to 'do some damage'
One dead and 11 injured after van ploughs into Muslim worshippers in Finsbury Park in fourth UK attack in past three months

A man from Cardiff is believed to be responsible for a terrorist attack that left one person dead and 11 injured when a van he was driving ploughed into a group of worshippers near a mosque in north London.

Darren Osborne, 47, is alleged to have shouted “I want to kill all Muslims – I did my bit” after the hired van hit a crowd that had gathered to help an elderly man who had collapsed near a mosque.

The Met said a 47-year-old man had been arrested on suspicion of the commission, preparation or instigation of terrorism including murder and attempted murder in the immediate aftermath of the incident, which occurred near two mosques in Finsbury Park after late prayers in the small hours of Monday morning.

On Monday neighbours in Pentwyn, where Osborne had lived for several years, described him as “aggressive” and “strange”. They said that over the weekend he told a 10-year old Muslim neighbour he was an “inbred” and had been thrown out of a local pub for getting drunk “cursing Muslims and saying he would do some damage”.

Witnesses to the attack said it had occurred after a small crowd had gathered around a man who had collapsed outside the Muslim Welfare House near the Finsbury Park mosque, when the van ploughed into them at around 12.20am.

One man, who did not want to give his name, said he and his friends had stopped to help the “elderly man” who was lying on the ground.

“In seconds this terrible thing happened,” he said. “Within a minute a van with speed turned to where we were and ran over the man who was laying on the floor and the people around him. Around eight or 10 people got injured, some of them seriously. Thank God I’m safe but my friends got injured.”

Onlookers said the driver then got out of the van and shouted “I want to kill all Muslims” before he was wrestled to the ground. (cont.)

Esser Agaroth (2¢):
I have no doubt in my mind that Osborne will be used as an excuse for the British government to monitor, criticize, and quash unwanted speech. The government will apply the “you need us” strategy in order to convince the masses that new restrictions on speech will be "for their own good."

Whether Osborne is a nationalist, an unstable nut, a pawn, or just fed up and drunk, his actions will be used to support increased restrictions on the populace.


The Guardian: 'Hero' imam praises group that saved Finsbury Park suspect from angry crowd
Mohammed Mahmoud was among men who flagged down police van to ensure mosque attack suspect was not seriously harmed

In the chaos and terror of the moment, events might have taken an even darker turn.
Outside the Muslim Welfare Centre, three men wrestled to the ground the driver of a van which had ploughed into people leaving the mosque.

Amid confusion, distress and anger, a crowd gathered. Fists and feet struck out. Suddenly a voice shouted: “No one touch him – no one! No one!”

It came from Mohammed Mahmoud, the mosque’s imam, later hailed as the hero of the day. He urged the crowd to be calm and restrained until the police arrived.

Speaking to reporters on Monday afternoon, Mahmoud said he had not been the only one urging restraint. “It wasn’t me alone, there were a group of brothers. They were calm and collected and managed to calm people down and to extinguish any flames of anger or mob rule that would have taken charge had this group of mature brothers not stepped in.”
He said he had just finished leading prayers in the mosque when “a brother came in, quite panicked, and said that somebody had run over a group of people and tried to kill them”.

He added: “We arrived at the scene within minutes and we found the assailant on the floor. He had been restrained by around three people.

“We found a group of people quickly started to collect around the assailant. And some tried to hit him, either kicks or punches. By God’s grace we manage to surround him and to protect him from any harm. We stopped all forms of attack and abuse towards him that were coming from every angle.

“A police van drove past so we flagged them down and we told them the situation. There’s a man, he’s restrained. He mowed down a group of people and there’s a mob attempting to hurt him. If you don’t take him, God forbid he might be seriously hurt.”

He added: “There was a mob attempt to hurt him, so we pushed people away from him until he was safely taken by police.”

The man was unscathed, he said.

In a statement Toufik Kacimi, the mosque and welfare centre’s chief executive, praised Mahmoud’s bravery and courage, which he said “helped calm the immediate situation after the incident and prevented further injuries and potential loss of life”. He later said he was “the hero of the day”.

Mahmoud had told him that others had helped to calm people down. “The crowd was extremely angry, unhappy, so some people started acting violently too,” said Kacimi.

One of the men who held the suspect on the ground, 29-year-old cafe owner Mohammed, said: “The imam came from the mosque and he said, ‘Listen, we are fasting, this is Ramadan, we are not supposed to do these kinds of things, so please step back.’

“For that reason this guy is still alive today. This is the only reason. If the imam was not there, he wouldn’t be there today.” (cont.)

Esser Agaroth (2¢):
The actions of these Muslim "heroes" will be exploited  British government, just like it will exploit Osborne, in its ongoing campaign of convincing the masses that Muslims residing in the UK are not an actual threat,…in spite of the hate speech and incitement flowing out of British mosques in the form of "sermons."

They knew that hiding the anger and violent attitude of this community's members would not be realistic. Or perhaps, they banked on the average British citizen to identify with the anger of the community over the attack. Natural enough reaction, right?

I wonder if anyone in this community was tipped-off informed that Osborne was coming. After all, wouldn’t 11 Muslims being “sent to heaven as martyrs” be a small price to pay for such positive publicity? Or perhaps, a mistake was made, and they weren't cleared out in time. Or maybe, some of the victims were simply due to be eliminated. Who knows?

Also, did any of you happen to notice that...


...the hired van hit a crowd that had gathered to help an elderly man who had collapsed near a mosque.

A man just happened to have collapsed, just before Osborne's arrival? How convenient.

On second thought, if the British government functions in the same way as the American, Israeli, and other governments, then have operatives and informants working within various mosques. After all, the powers that be may want the masses to fight each other, in a classic “divide and conquer’ and “keep the masses distracted” approaches. However, they certainly would not want risk the safety of their own lives, thus the importance of monitoring, and when necessary restricting, communications, and maintaining control, particularly over defined areas of conflict. 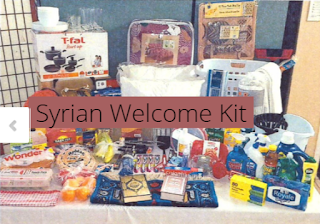 Oh, and by the way, one of the Centre's projects is, of course, to aid the "Syrian refugees." No surprises there. (See video below)

Posted by Esser Agaroth at 9:47 AM