The End to Jewish-Muslim conflict in Malmö, Sweden?

YNET: Religious leaders declare end to Jewish-Muslim conflict in Malmö
Moshe-David HaCohen and Salahuddin Barakat, the heads of the Jewish and Muslim communities in Sweden's third-largest city, will publish joint ad in Friday paper, announcing: 'Jews and Muslims in Malmö stand together in the fight against anti-Semitism, Islamophobia, and any form of racism and discrimination against minorities.'

The heads of the Jewish and Muslim communities in Malmö, Sweden have decided to turn over a new leaf. On Friday, they will announce the end of the conflict between their two communities.

But in recent years, Sweden in general and Malmö in particular have seen a spike in anti-Semitic incidents—from harassment and vandalism to violent attacks against members of the Jewish community—leading many Jews to leave.

Anti-Semitism has become an almost daily occurrence in the city, with incidents such as arson at the Jewish cemetery, threats, verbal abuse and objects being thrown at Jews. (cont.)

Esser Agaroth (2¢):
Although this is from last summer, it is worth mentioning, and commenting on.

The first thing of note is that no mention is made of who has been perpetrating these anti-Semitic acts? Why is it the Muslim leader involved, and not, say, a Christian leader, unless thee acts have been perpetrated by Muslims? Sure, the "conflict" between Jews and Muslims is alluded to in the title of this piece. But, it purposefully lacks any hint of a value judgment toward one party or the other.

On the other hand, we do know that Muslims are not the only culprits. Needless to say, good ol' left-leaning YNET makes a point of leaving out this crucial fact, either due to not wanting to offend anyone, wanting to maintain its reputation for political-correctness, or just general fear. Or perhaps I should say, due to "Islamophobia." (wink, nudge) 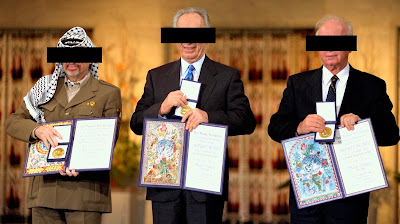 Now, remember, the Oslo "Death" Accords were signed in Norway, and Sweden was where an Arab terrorist, and his "Jewish" counterparts received the Nobel Peace prize. In other words, Scandinavia has not been a great place for Jews.

Oh, sure, many of your will bring up Denmark. The Danish who took possession of Jewish property during World War II, so it would not get confiscated by the Nazi occupying forces. Non-Jewish Danes also ferried many Jews across the sea to "neutral" Sweden.

Of course, no one likes to bring up those Danes who did not turn property back over to Jews after the war, nor those Swedes who turned over Jews landing on Swedish shores. 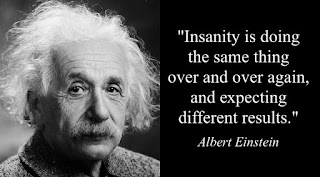 1. All you have to do is look at the image (right), and you'll understand the first point I want to make. However, I will elaborate.

Besides what we have learned throughout history, and which is recorded in our Holy texts from Genesis through out the Tana"kh (Bible), two Talmudim, midrashim, and latter sources of halakhah, Arabs have been improving their lying capabilities, by learning from the West (Esau), Christians and leftists alike, how to lie differently and more effectively. Saying one thing in English (Swedish, too, I would imagine), and then the opposite in Arabic is old hat for them. The Arab terrorist mentioned above was notorious for this strategy, above and beyond his orchestration of the mass murder of Jews.

2. Sweden, along with every single other land outside of the Land of Israel, is at best a temporary dwelling place for Jews. However, now that the gates have been opened, it is time for all Jews to pick up and move to Israel, and invest their time, money, and energy on the Jewish Homeland, and not the lands of the goyim.

3. But, perhaps most important of all is that so many Jews have forgotten that living in galuth (the exile) is a punishment.

The report concludes with the following:


Rabbi HaCohen and Barakat joinly founded "Amanah: The Jewish and Muslim Trust and Faith Project" in the city.

The two were brought together by The Religious Peace Initiative, headed by former minister Rabbi Michael Melchior.

Melchior lamented the fact Malmö has made headlines in recent years only in negative connotations and welcomed the joint statement. "This is wonderful news. There is now a spark of hope because of a true and deep connection between the communities," he said.

Well, now we know how the Jewish-Muslim conflict in Malmö ended. Left-wing former MK Rabbi Melchior decided as such. Gee. He never thought to encourage Aliyah (Jewish immigration to Israel)?

No doubt, he needs to reread the quote above, attributed to Albert Einstein, as much as anyone else.

Related posts:
European Rabbis: A Liability to the Jewish People?
Why Are Jews Still Living in Malmö, Sweden?