Exclusive! Two Arrested for Suspicion of Posting Posters in Protest of the Pope's Visit

Last week, two Jews were arrested under suspicion of posting posters protesting the arrival of the the Pope to Israel.

They were released from police custody a few hours before Shabbath. I spoke to one of those arrested on the phone shortly after his release.

According to him, the State requested that they be temporarily banned from being within the city limits of  Jerusalem. The judge at their arraignment rejected this, and instead ordered them to stay at least 150 meters away from the Pope.

Here is a copy of the poster they have been accused of posting: 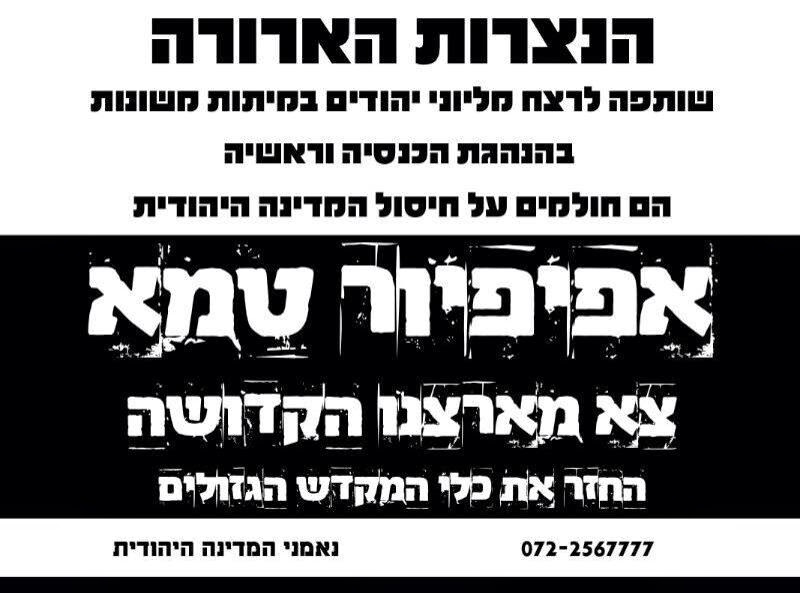 Complicit in the murder millions of Jews, and deaths under odd circumstances under the helm of the church and its leaders

They dream of the annihilation of the Jewish State.

Get out of our Holy Land

Posted by Esser Agaroth at 1:02 AM

I support you on this.