Reformism Is Not Judaism

Times Of Israel: Why the Reform Movement is so Popular in Israel

It is not clear on what basis he reaches that conclusion. All public opinion surveys in recent years have shown precisely the opposite, so one can only assume that his observations are based upon his narrow circle of acquaintances rather than upon any objective assessment. (cont.)


Hmm... Popular, huh? That might very well be true.

First, let's take a look at some of the various strategies philosophies in which the "Reformismists" have manipulated struggled over the last few hundred years:

Rejecting the divine nature of the Torah sheb'al Peh (Oral Torah).
Respecting the historical aspect of the Torah sheb'al Peh, but not "feeling" bound by it.
Taking off their kippoth.
Putting their kippoth back on.
Making Shabbos on Sundays (like the goyim להבדיל)
Talking about spirituality, when that was seen to be attractive.
Talking about "social action" when that was seen to be attractive.
(Where was their "social justice" and "social action" for the sake of European Jews during the Holocaust?)
Refusing to make women "rabbis."
Making women "rabbis."
Refusing to make gays and lesbians "rabbis."
Making gays and lesbians "rabbis."


Take your pick, depending on who you ask, the "Reform Movement" has tried them all. My main point here has something to do with hashqafah (perspective), but mainly about the hypocrisy involved throughout the history of "Reformism."

I have a theory, one which becomes increasingly more than just a theory, as each day passes.

Sure, the original "Reformismists" wanted to make life in Germany and France easier and more comfortable for Jews. But, in my opinion, that was simply the underlying selling point to it all.

The reality is that not only did they not believe in the unusurpable place which Torah sheb'al Peh holds in Judaism. They did not believe in Torah shebiKhtav (Written Torah) either! Yet, like the Tzadoqim (Sadducees), in my opinion, they knew all too well, just how powerful the Torah is. They knew that they could not attack it head; they had to attack it, a piece at a time.

They call their path progressive, but it is anything but progressive. Many Jews are moving backwards, farther and farther away from The Almighty's precious Torah. And we have the "Reformismists" to thank for much of that.


That a person should disparage “homosexual female tefillin wearing rabbis” probably says more about such an individual than it does about the rabbi, but that is another matter! (Incidentally, Bruria and Rashi’s daughters among others are reported to have laid tefillin.)

I do not even use the word "authentic" here, for that would give "Reformism" wriggle room for legitimacy, albeit minute. No doubt thy would take that ball and run with it.

As far as Rashi's Daughters are concerned, sure they were known to have worn tefillin. But, maybe Michael Boyden should take a look at their motivations for having done so. They were certainly not out to make a political statement about it, unlike certain other women. They were also tzanu'a (modest) about it. They had to be, because they were actually concerned about halakhah (Jewish Law). Whereas tzeni'uth (modesty) is the furthest concern from the minds of certain other women.

Maybe that is why "Reformism" is believed by some, to be so "popular." You get to do what you want, and even make it up as you go along!

There only seems to be one requirement: The acceptance of liberal, or "progressive," Western assimilationist ideology as being inherently Jewish,...even though it is not.

Whether this fills up their synagogues, or not, is irrelevant. Judaism is not a popularity contest; it is the prescribed way of life for a specific people, defined in a very specific manner

Of course, I have no problem whatsoever using the word "synagogue" when talking about "Reformism" places of gathering. Synagogue is, after all, a Greek word, Greek as in Hellenist, Hellenist as in those Jews killed in the battles leading up to one of the most politically-incorrect holidays celebrated in Judaism.

However, we should not think of these poor individuals, duped into believing that "Reformism" is Judaism, in the same way as the Hellenist Jews targeted by the Maccabees 2,176 years ago. It is not their fault. They do not know any better.

Boy, I'll bet that last sentence sure bruised a lot of egos, and switched on a lot of defense mechanisms. But, hopefully those individuals, some of them even Jews, will give themselves a break, and take the time to look into what Judaism really is. Leave a comment below, with your general location below, if you would like some help.

Then there are those who are told that that they do not have to "convert," because they have a Jewish father.

It depends on which "Reformism" leader you ask. Maybe the time of day also makes a difference. I am not sure.

Oh, just one more thing, a suggestion for the Times Of Israel website. The subsequent times the word "rabbi" is applied to the likes of Michael Boyden, use these: 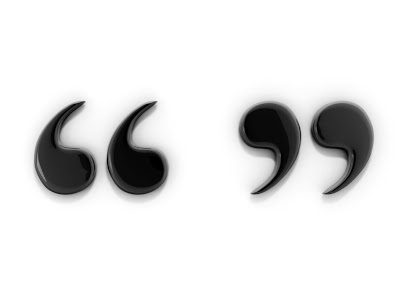 I am sure that I will not be able to convince you not allow the use of the word "rabbi." The number of your readers would certainly take a nose dive, and you would not be able to reach Jews who need to be reached.

I can understand that.

But, if you use quotation marks, them you would be doing the Jewish community, in Israel and abroad a great service.

Unlike Haredi and Settler bashing HaAretz, Ma'ariv, Yediot Aharonoth, Haredi and the certain Settler-bashing Jerusalem Post, and even Settler-friendly Arutz 7, you would at least be making a move the direction of publishing the truth. Thus, you would be aiding those poor, duped individuals, those blindly following the "Reformismists," those following the "Reformismists" for saying what they want to hear, and even those who were fooled into thinking that they are Jewish, wake up from their numbed out state of assimilation and exile.

*I am sure that there are a handful of "Reformism" spiritual guides who mean well. Unfortunately, the damage has been done.
Posted by Esser Agaroth at 11:32 PM

Fascinating,cogent,ineluctably true.Needed to be said most desperately. I would love to read more, as I just,fortuitously,came upon it. Would you please , if you have not already done so, address in like fashion the so-called “Reconstruction “ movement?
I humbly request that I be granted a subscription,if such exists, to your writings.
I can be reached by e-mail as follows. findlay1055@gmail.com. Or, maw100@culumbia.edu.

Is that so? I find this opinion very limited in scope, because it is purely discussing Ashkenazi Judaism and says nothing about Sephardim. In Sephardic Judaism, the traditions come from Spain and Greece and Jewish communities from other Mediterranean and Middle Eastern nations. There are no levels in Sephardic tradition, but members can be found who hold to halachah from liberal to very observant. In one shul you may have all kinds of halachah, but the rule I was told is that in public, in shul gatherings, the highest level held by members is the level observed. To my eye, after attending such a shul for about a year, there was mostly respect for everyone. One lady came in jeans and no one said anything to her. Yet all food served was kosher, and the gatherings looked very Orthodox, though they didn't use this label. Everyone seemed to feel welcome, and those of lower halachah were said to be "in process". The attitude was respect and those who were strictest were willing to teach those who were "processing upwards". Certainly no one was told they weren't Jewish because they turned on lights on Shabbat or something like that. In a community where we are losing out to assimilation, the Sephardim are doing more to grow our numbers than are the clique-ish superior attitude holding Jews like the voice of this report.

Chana, There is only one Judaism.

I have no idea why you think I was discussing the Reform based solely on Ashkenazi practices, especially since I, myself, am not Ashkenazi. Perhaps this was because the Reform is mainly Ashkenzazi elite, who seem to think that the word Sepharadi means "non-Ashkenazi." It does not.

You are giving examples of behaviour and not of belief. It very well could be that the communities you describe are employing a qiruv strategy, based on what you state:

"Everyone seemed to feel welcome, and those of lower halachah were said to be "in process". The attitude was respect and those who were strictest were willing to teach those who were "processing upwards". Certainly no one was told they weren't Jewish because they turned on lights on Shabbat or something like that. In a community where we are losing out to assimilation,"

In my opinion, it can be a good strategy. It in no way indicates that they approve of such things leKhathillah. If they did, they would not be considered terribly Torah observant.

"As far as Rashi's Daughters are concerned, sure they were known to have worn tefillin"

I have not seen any documentation prior to the 20th century that stated that Rashi's daughters actually wore teffilin. Every time I hear a feminist or liberal Rabbi make that comment I ask them for such documentation, and they cannot answer me.

The author of the historical fiction "Rashi's Daughters", where she writes about how the daughters wore teffilin, freely admits that there is no documentation to support this theory. She just feels that it is something that they would have done.

So I will ask you, respectfully, what documentation do you have about Rashi's daughters wearing teffilin?