How do we Bring Back our Kidnapped Jewish Boys? With a Nebach's Response? Or a Torah Response?

By the way, how exactly did photos of these boys pop up in Saudi Arabia? The Arabs are not all working together against Israel, are they?? Gimme a break!


I certainly appreciate that the Israeli military cannot reveal any secret plans to get them back. So, this has been their public response thus far, a #hashtag campaign. 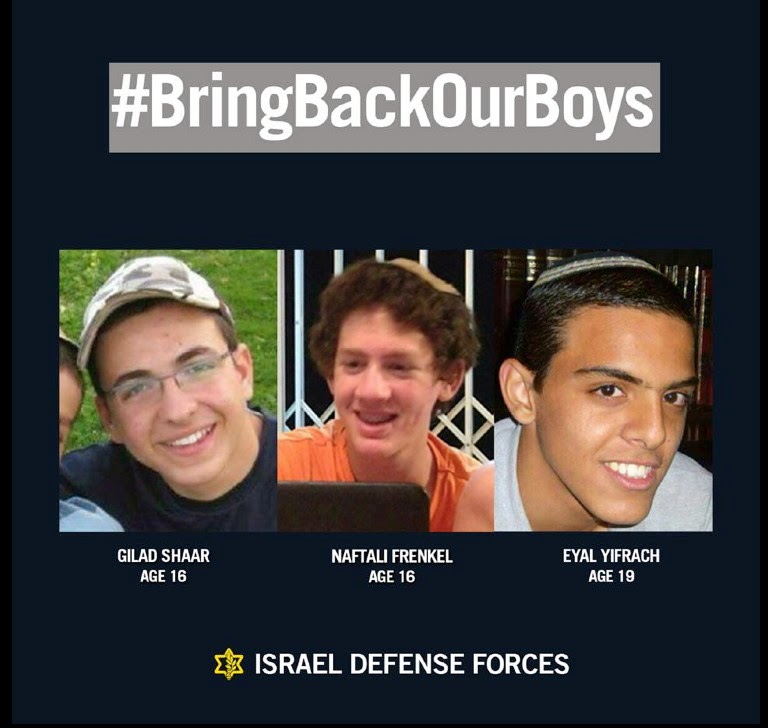 Here is one Jew's response to the IDF's #hashtag campaign.


"B"H - IDF, you don't have to make bold, propagandist declarations: Just do the job we pay you through the nose for!"

And here is another image getting lots of play on Facebook by the cartoonist Omar Radwan ysh"w, portraying these Jewish boys as vermin.


Read more at Elder Of Ziyon on the double standards applied by the so-called "international community" to Jews vs. Arabs. Jews are expected to adhere to international "rules," such as those of the Geneva Convention. On the other hand, Arabs are apparently not expected to so the same. And how can they? They are too busy handing out treats, in celebration of the kidnappings of Jews!

In contrast to the namby-pamby, nebachy, "write a letter, feel better" attitude of Galuth-minded Jews, there are other Jews out there taking a much different approach, such as setting up the following page on Facebook. Notice that there are already 8,957 "likes," and that was only as of this morning.

I wonder how long it will take for their to be complaints about this page, and for it to be taken down, in typical Facebook fashion.


I wonder how the silly Leftists, and even silly super State-loyalists with kippoth on their heads would feel about this. No doubt they will speak from Galuth (exile) perspective, that as Jews we are above this sort of "barbaric" thing.

Are they really that naive and brainwashed, that they are completely unaware that "this sort of thing" is more in line with a Torah response than the restraint imposed on the Israeli Defense Forces [IDF]?

Whoops! I forgot. What do either of these groups care about an authentic Torah response?

...But, to kill him by hand, or to push him into a pit, and other similar actions is forbidden, because he is not making war with us. (Ramba"m, Laws of Avodah Zarah 10:1)

In other words, since they ARE making war with us,....מי שמבין יבין....

The Ramba"m was very careful with the wording here. Of course, I doubt that we will find any state-"rabbis" willing to declare that we are indeed in a state of milhemeth misswah (obligatory war).
Posted by Esser Agaroth at 3:05 PM

That fb page has been removed.

Thanks for letting me know.

It has not been removed. Or if it was, it's back.

Right. It was my mistake for misspelling think I posted here.