"Palestinians" Who Throw Molotov Cocktails at Israelis Are Not Terrorists

Keep in mind that this report comes from the far left-wing, "Palestinian" sympathetic, Ha'Aretz news source. If Ha'Aretz, along with the Associated Press [AP] and Reuters, report that an Arab teen was about to throw a Molotov Cocktail at Israeli Defense Forces [IDF] soldiers, you can rest assured that he was.

Ha'aretz: Palestinian-American teen killed by IDF gunfire during West Bank protest
According to the military, the boy was about to throw a firebomb toward Route 60.

A Palestinian-American teenager was shot dead by Israeli soldiers, Friday afternoon, during clashes that erupted in a protest held there weekly.

According to the military, the boy, 14, was about to throw a firebomb towards Route 60; an IDF unit positioned nearby opened fire after he had lit the firebomb's fuse, and was preparing to hurl it. (Palestinian officials denied these claims.)

A relative identified the teen as Orwa Abd al-Wahhab Hammad and said he was born in New Orleans and came to the West Bank at age six. Hammad's cousin Moath said he was among a group of Palestinians who were throwing rocks at Israeli soldiers.

An Israeli army spokesman told Reuters Israeli forces "managed to prevent an attack when they encountered a Palestinian man hurling a molotov cocktail at them on the main road next to Silwad. They opened fire and they confirmed a hit."

The military said it would investigate the shooting, which occurred amid other clashes in Arab areas in and around Jerusalem in which several people were lightly injured.

"The United States expresses its deepest condolences to the family of a U.S. citizen minor who was killed by the Israeli Defense Forces during clashes in Silwad on October 24," Psaki said.

She added that U.S. officials would remain "closely engaged with the local authorities, who have the lead on this investigation."  (cont.)

Esser Agaroth (2¢):
If the U. S. government is so quick to claim an Arab teenager, who left the U. S. at the age of six, then why is it not just as quick to claim responsibility for the attempted terrorist attack?

Perhaps the following video clip will provide some insight into this question.

Although I do not believe it to be quite as damning as Truth Revolt suggests, I do believe that the video is a clear indication of the U. S. Government's pattern of applying double standards toward Jews vs. Arabs. I agree with Truth Revolt's take, just not with the quality of evidence found in this particular video.

Ever since the U. S. State Department recommended against President Harry S. Truman's desire to recognize the State of Israel, it has continually proven itself to be the bane of Jewish sovereignty over Eretz Yisra'el (Land of Israel).


Residents of Silwad said that the teen was the cousin of Ta'er Hammad, who carried out a sniper attack that killed 10 Israelis in Wadi al-Haramiya, near the Shilo settlement in 2002. The teen's uncle, Nabil Hammad, is said to have been killed in the first intifada.

I lived in Ofra from 2002 - 2004. I remember the sniper attack mentioned above, as well as another one in the same area, resulting in the murder of Ofra teenager Erez Rond hy"d.

Perhaps the U. S. Government should be a bit more scrupulous as to whom it allows into its territory. 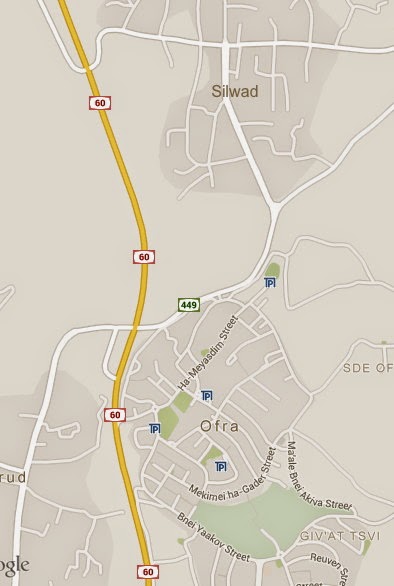 Unless you have lived in the Shomron (Samaria), you might not know that this Arab-American, thrower of Molotov Cocktails, is not the only one residing in the area. The above mentioned town of Silwad, which lies just to the north of Ofra, apparently has quite a few U. S. citizens living there.


I once heard a story from a neighbor of mine in Ofra. While he was visiting his grandmother in San Francisco, he bumped into an Arab who said he lived in the "palestinian territories." They spoke in English. My neighbor asked him where exactly he lived, because he also lived in Yehudah and Shomron (Judea and Samaria). It turns out that this Arab was from Silwad. Apparently, they got a kick out of being "neighbors." The young man from Silwad said that there were lots of U. S. citizens living there.

More than a few times I have heard the story of the Arab Americans roaming the aisles of the local (Sha'arei Binyamin) branch of the Rami Levi supermarket chain. With perfect American accents, from New York and elsewhere, they can be heard speaking in English, trying to figure out the food packaging labels, often only printed in Hebrew and Arabic.

Yes, Arabs from the Palestinian Authority shop at the Jewish owned Rami Levi supermarket. Even though it is part of the "oppressive occupation." (sarc)

I have never obtained the full story about this phenomenon. Mansions around Ramallah, Sinjil (near the above mentioned Wadi al-Haramiya), and elsewhere aside, why would they prefer the living conditions here over those in the U. S.?

My friends and I have met plenty of Arabs, just north of Ramallah and Silwad, who want to get out, asking if we had family or friends in the U. S. willing to sponsor them to live there. Well, they were asking the wrong Jews. No such luck.

One American-Arab, who seems to prefer to live in Eretz Yisra'el owns the home circled in red below.


How do I know that this home belongs to a U. S. citizen? Well, because years ago, a sniper shot up the ride catching area across the street (green) from this Arab's roof. When the Israeli Government announced its intentions to destroy this house as punishment for collaboration in a terrorist attack, the U. S. Government stepped in, and prevented it, claiming that the home belonged to a U. S. national. Go figure.

Former Israeli Prime Ministers Menachen Begin and Yitzhaq Shamir are still occasionally referred to as terrorists for their roles in the fight for Israel's independence from the British Mandate occupation. Arabs throwing throwing Molotov Cocktails at IDF soldiers are not. In fact, they are often called "freedom fighters."

American-Arabs are protected, but American-Jews living in Yehudah and Shomron are considered menaces.

One of these days, my fellow Jews will hopefully wake up to the fact that the U. S. Government is NOT our friend. Hopefully, before it is too late.

And before you start harping on Presidents Obama and Clinton, as nasty as they may be, let me remind that President George W. Bush was an advocate of the so-called "two-state solution," and his father President George "Iran Contra" H. W. Bush tried to pressure Prime Minister Shamir to stop building in Yehudah and Shomron.
Posted by Esser Agaroth at 9:20 PM