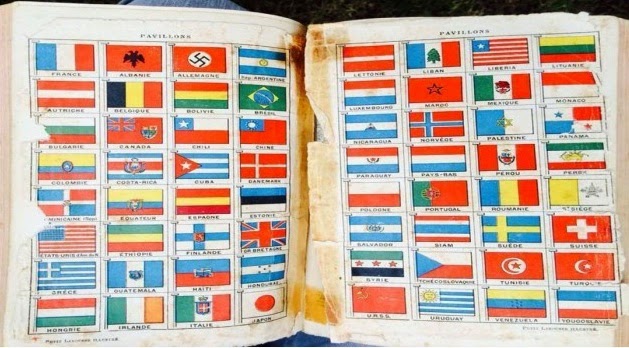 This a Larousse French dictionary from 1939. In the appendix it lists all the then current flags of the world in alphabetical order. You’ll notice that for Germany at that time the flag was the Nazi one replete with Zwastika which proves that this was pre-1945 ( before 1945)!

Now, alphabetically, look for the Palestinian Flag. YES , there is one. What does it look like? Surprised? Oh, but you thought (Mandate Jewish) Palestine was an Islamic Arab-,Turkish-, Circassian Sovereign State that the bad Jews took over, right? 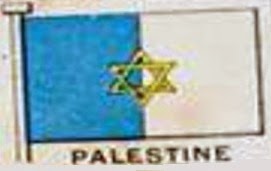 From 1920-1948 a ( class ‘A’ Mandate) State of Palestine existed as per international law but it was, as all of its major institutions, Jewish. Until the 1960s, name “Palestine” resonated as something Jewish to European ears; the Muslims rejecting the name saying it didn’t belong. The 4,000 year old Jewish homeland or “Land of Israel” or the “Holy Land” were all synonymous!!

The British as legal Mandatory over the Mandate managed or mismanaged the state partially with Jewish Auxilary until Jews regained official sovereignty in 1948, by declaring independence.

The U.N. did not recreate Israel as some people claim.

Esser Agaroth (2¢):
This article is self-explanatory.

This simply more evidence of Arab lies, with the ultimate objective of annihilating the Jewish People.

I have nothing to add, save for my usual insistance that we Jews must stop concerning ourselves with what non-Jews think, feel, or believe.

Only The Amighty's Will is relevant, as we learn in His Holy Torah.