Now that sanctions against Iran are being lifted, are you really that surprised that the following consequences have begun to rear their ugly heads?

The largest refinery in Greece, Hellenic Petroleum, signed a contract on Monday to purchase crude from Iran's national oil company, becoming the first European firm to buy Iranian crude after the lifting of sanctions. No details were released on the amount of oil or the payment involved.

...“Under the new conditions, we want to export 30 percent of what we produce in Iran,” he said, calling for rapid investment in “the safest and most stable country in the entire region”.

“If we want to combat extremism in the world, if we want to fight terror, one of the roads before us is providing growth and jobs. Lack of growth creates forces for terrorism. Unemployment creates soldiers for terrorists,” Rouhani added....

Jews get kicked in the tuchus by Italy once again.

I suppose that threatening to annihilate Israel is not extremist, and funding Hezbollah in Southern Lebanon is not terrorism. I would expect nothing less from Iran in the way of rhetoric. What concerns me is that The West appears to be buying it. Or are they? 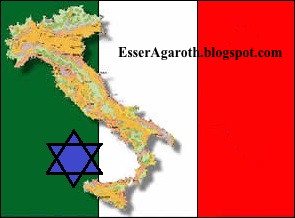 ...From Rome, Rouhani and his 120-strong delegation of business leaders and ministers head to (Muslim filled) Paris, with a major order of Airbus planes top of the list of wants.

Canada's new government, a radical shift to the left, refuses to be left out of the party...

Foreign Affairs Minister Stéphane Dion says Canada will begin to lift some sanctions on Iran now that a deal has been reached to curb that country's contentious nuclear program.

"It's true that the United Nations has asked countries to lift sanctions that were put in place to prevent Iran from using nuclear weapons for military purposes," Dion said in French during question period.

"Canada will lift its sanctions but will maintain a level of mistrust for a regime that must not have nuclear weapons, a regime that is a danger to human rights and is not a friend to our allies, including Israel," Dion said. "We will do this with our eyes wide open."

And why does Canada intend to lift its sanctions?


"I would say the approach of the former government was ideological and irrational. What [the Tories] are proposing now in opposition is [for Canada] to be alone in maintaining sanctions that will affect Iran but surely it will affect business in Canada," the minister said.

When asked specifically about exporting civilian aircraft — Bombardier hopes to sell regional jets to the country's national air carrier, Iran Air — Dion said it made no sense to maintain sanctions that hurt such an important Canadian industry.

"If Airbus is able to do it, why will Bombardier not be able to do it? In which way is it helping Canada, or the Iranian people or Israel or anyone that Canada is hurting its own industry?"

And how does the Sate of Israel react to all of this?

Knesset Speaker Yuli Edelstein (Likud) said during a discussion in the plenum Wednesday that there are no words to describe the hypocrisy of world leaders, who invited Iranian President Hassan Rouhani to visit on International Holocaust Memorial Day. (cont.)

Seriously? Invoking the Holocaust, in a pathetic attempt at a guilt trip toward European nations which already hate us, is the best that the K'nesseth Speaker has got? For all I know, Iranian officials timed this trip purposefully to coincide with International Holocaust Remembrance Day. Sill, I would like to know if the Speaker of the K'nesseth also stuck his tongue out at European leaders, and the end of his speech.

Esser Agaroth (2¢):
Western leaders are naive to the threat from Iran, and buy into this crap about a boosting Iran's economy being the answer to extremism and terrorism, as if Iran is not already the epitome of of both. Forget about the existential threat to Israel. What about the apocalyptic vision Iran believes will come next after it tries to finish Israel off.

Worse still, the pseudo-refugees infiltrating Europe, on top of the Muslim threat already in place across the continent, are all Sunni, the bane of Iranian Shi'ite existence. If Iran believes that the only way to wipe this Sunni threat is to wipe out European civilization,  European leaders do not believe Iran will press the button? Or their simply not thinking that far ahead?

Are European leaders that naive and stupid? Do they just hate Israel so much that they do not care if Iran nukes us?

Personally, I am not so sure that either one of these reasons is Europe's, and now Canada's, primary motivation for entering into negotiations with Iran at light speed.

Rather, I believe that these world leaders are just greedy in a very hedonistic way. They are so greedy, that they simply do not care about anyone, but themselves, not even the next generation. Perhaps they have even reserved a place in one of the bunkers we actually know about (or in one of the bunkers we do not know about). So, they believe that they do not have anything to worry about.

Esau's descendants (Rome/The West) appear to be just as much into immediate gratification as he was.
Posted by Esser Agaroth at 10:25 AM