YNET: Three wounded in shooting attack next to Beit El
Terrorist, a member of the Palestinian security services, arrives at checkpoint, exits car, and opens fire with a handgun, wounding two moderately-to-seriously and one lightly; he was shot and killed.

Three Israelis were wounded in a shooting attack on Sunday morning at a checkpoint south of the settlement of Beit El in the Samaria region of the West Bank.

One of the wounded, 21 years old, was taken to the Hadassah Medical Center in Jerusalem's Ein Karem in serious condition with a gunshot wound to his neck. His condition was later updated to moderate.

Another, 31, in serious condition, was taken to the Hadassah Medical Center in Jerusalem's Mount Scopus with gunshot wounds to his stomach and extremities. The third, 20, was also taken to Hadassah in light condition after being hit in his extremities. (cont.)

Esser Agaroth (2¢):
This attack reminds of previously shooting attacks, in which former Prime Minister Yitzhaq Rabin was blamed for having given weapons to the Palestinian Authority's [PA] police force.

In response, Shimon Peres has responded that the attacks were not carried out by the guns the State of Israel provided them, but rather with different guns.

Here is a video of one such accusation, from the heroic Jew who neutralized the Arab who shot and killed seven high school, and one post-high school, students at the Merkaz HaRav Kook Yeshiva, eight years ago on 30 Shevat (March 6, 2008). By the way, this Arab terrorist, was also employed by one of the yeshiva's suppliers. Actually, this accusation was waged against Shimon Peres himself.


No doubt that the Government's spin doctors will insist that the was fluke occurrence or a "lone wolf" attack. Even though...

A third Palestinian security officer opened fire at an IDF force near Silwad, but did not hit the troops. He was caught and under arrest in Israel.

Or someone will say that this was an attack motivated by reasons other than ideological ones...


A source who knew the a-Sukari told Ynet that reason for the attack was the terrorist's serious financial problems. According to the source, a-Sukari was in serious debt to several different people, and was only making NIS 2,200 at his job.

Even though in the terrorist's own words, posted on Facebook, he wrote...


"A morning of victory. There is no god but God and Muhammad is the prophet of Allah. There is nothing worth living for on this land. Unfortunately I don't see anything worth living for as long as the occupation makes our souls disappear and kills our brothers and sisters. Have mercy on our martyrs, heal our wounds and release our prisoners. You came first and we, Allah willing, are following in your footsteps."

Meanwhile, exactly what is the Israeli Government doing to combat the belief that Yehudah and Shomron (Judea and Samaria) belong to anyone other that the Jewish People?

Hemming and hawing, and employing the use of various games of words and rhetoric.

But, don't despair! Minister of Education Naftali Bennett has a "plan," to further confuse the issue!

Sorry, but you can have this... 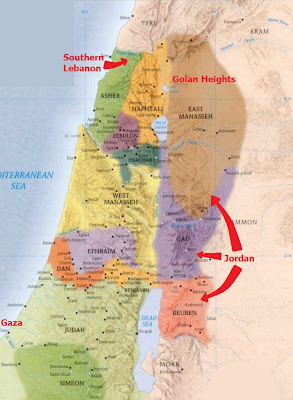 Posted by Esser Agaroth at 4:31 PM