My (unpublished) talkback to this article follows.

The Ministerial Committee for the Advancement of Women in Israel is expected to convene Tuesday in order to set up an inter-ministerial team to fight against the exclusion of women in public domains, Ynet learned on Monday.

The team, which will include representatives from the Justice, Interior, Transportation, and Religious Services ministries, as well as Civil Service personnel, will examine several options to fight the phenomenon, including issuing sanctions and fines against local councils and private companies that permit the segregation of women....

...and Bibi and Shimmy ask, "how high?" It's one thing if Israelis make a decision about an issue. It's another when another country is telling Israelis how to think, feel, and act.

What happens when the majority wants such [voluntary] segregation?

The Left, the same Left which negotiated the Oslo and Geneva Accords behind everyone's back, even though it was illegal to do so, because THEY KNOW BETTER, will tell us what to do anyway.

Some democracy, eh? More deMOCKracy. (assuming I cared even cared about democracy)

Now, let's take a look at what is really going on here.

We can debate the issue of segregation on public transportation another time. Better yet, go read my post Mehadrin Buses. I covered it all there, over three years ago, and nothing has changed. Needless to say, it is a popular issue used to scare the Modern Orthodox into believing that they will eventually be sucked up into the maelstrom of a Haredi-ized society.

It's a tactic the far left-wing Meretz Party used in the last mayoral elections in Jerusalem, to help get Nir Barakat elected. It is called "Fear Mongering."

Prime Minister Binyamin Netanyahu and (the anything but symbolic Israeli President) Shimon Peres use it too. In fact, I believe that Clinto

n was just an excuse for them to rant and rave about this issue, they wanted to rant and rave about anyway. Even more so, I suspect that Clinton was not the initiator. Rather, she was given her cue from within the Israeli Left, as part of their plan to continue the Western assimilation process of the NON-Western Jewish culture.

The issue of women singing in public is another matter.

This is not about women being prevented from singing in public. That is what the Left would like you to believe, and has taken great pains to spin the issue this way.

Rather, this is about male soldiers being forced to listen to those women, and thus, having their religious rights violated, rights which U. S. Secretary of State Clinton has already shown mean absolutely nothing to her. 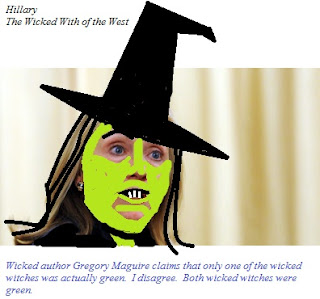 The message as to what is really happening, is quite clear.

The State is continuing its battle against against the force it fears the most, the Torah. It cannot take another force, even if that force is the Almighty God, being in competition with it.

In essence, when the Israeli Government brings up issues like these, it is doing battle with HaShem.and his Torah.

Wait! You yell! These issues are in debate even amongst the various religious communities!

Of course, they are. That is how the Israeli government operates.

It is mentioned in the Talmud Yerushalmi that...

The Ge'ulah (Final Redemption) to begin "slowly, slowly," but will then accelerate.

The Israeli Government's parallel this process, but in an anti-Torah manner.

First, it focuses its holy war of "progress for the sake of progress" (Read: assimilate into Western goyshe culture, or be labeled second class citizens) on those issues which bother the so-called modern orthodox and "traditional" Jews. Combined, they are most likely a current plurality in Israel.

Then before you know it, the Israeli Government will be passing laws preventing the assertion of religious rights that will even blow the modern orthodox world away.

This is the real issue behind the issue.
Posted by Esser Agaroth at 11:10 PM