Every May 15, Arabs, most predominantly, Pseudostinian Arabs, whine about their النكبة (Nakba), their "tragedy."

And what tragedy would that be? 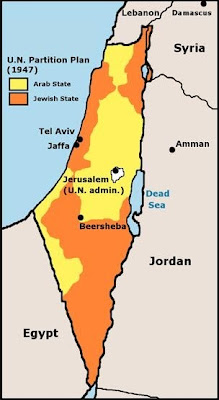 Jewish sovereignty over the Land of Israel came into being after over 2,000 years. Actually, the United Nations had wanted to give some of this Land to Arabs. But, the Arabs whined that the wanted it all, or they would just take it,...or so they thought. Fourteen Arab countries, and even more Muslim countries wasn't good enough.

Even though almost everyone in the world, including Jews, seems to be completely oblivious to the fact that the Yishma'elim (Aram/Muslims) would like to wipe Jews off of the map,...they do. 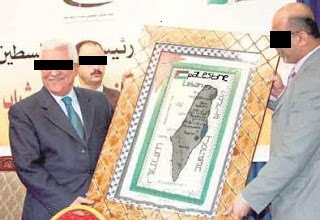 Well, the Arabs failed. And so, every year since 1948, May 15, which happened to be the goyshe date of the Fifth day of the Second Month (Iyyar) תש"ח, The Arabs throw a tantrum, because they didn't get their way, and because the Jews beat the crap out of them, after being attacked on all sides.

But, little do the Arabs know, or care, is that the real Nakba Day is not May 15, but September 9. For on this date, 163 years ago, the most heinous oppression of one people over another came to fruition.

On September 9, 1850, the United States of America, under the Presidency of Millard Filmore, finalized its conquering of the California Republic.

What? Hasn't anyone besides a Californian fourth-grader EVER noticed that even today the words printed on California's flag read "California Republic?"

"Historic Bear Flag raised at Sonoma on June 14, 1846, by a group of American settlers in revolt against Mexican rule. The flag was designed by William Todd on a piece of new unbleached cotton. The star imitated the lone star of Texas. A grizzly bear represented the many bears seen in the state. The word, 'California Republic' was placed beneath the star and bear. It was adopted by the 1911 State Legislature as the State Flag." Source: California Blue Book.

The agricultural bounty, the fishing, the fantastic weather, and natural ports perfect for trade and strategic defense were stolen out from under the Californian People.

The fact that there is no such thing as a Californian People is irrelevant, as I am certain that our Pseudostinian Arabs cohorts validate for us on a daily basis.

Californians were made up of Anglos, Mestizos, and those [Native] Americans who before all of us. Later on Asians and Africans joined the fold.

Even more so, it is true that those who inhabited the Americas incurred a horrible Nakba at the hands of the conquering Europeans, not to mention the Catholic missionaries.

And these people, now called Native Americans, really are a people, and really were in the Americas before any Europeans.

Either way you slice it,النكبة (Nakba) is when a people has any legitimate claim over Land, and has it taken away. For "Californians," that's September 9. For Native Americans, I suppose it is Thanksgiving Day

But, since The Holy One, Blessed Be He promised the People of Israel, Land of Israel, and handed it back to us in 1948/תש"ח, after a long exile, gave us back even more (or tried to) in 1967/תשכ"ז, gave us some extra in 1973/תשל"ד, and gave us back the last pieces of the lands of Asher and Naftali in 2006/תשס"ו., that just makes the Pseudostinian Arabs nothing but sore losers, not too mention stubbornly refusing to accept The Almighty's Will.

The only النكبة (Nakba) in the Middle East is when the Israeli Government gives away what is not its to give away.
Posted by Esser Agaroth at 9:24 PM

Thanks for this post, both my wife and I are partly descended from the Cherokee Nation. Who by the way have many words in common with Hebrew, worshiped one G-d, whose name sounds like Yod Hey Vav Hey and have a tradition that they crossed the Atlantic and landed in central America in Ancient times. I have a Cherokee name as well. I am a an Observant Jew Living in Israel (Dati Leumi). Unfortunately most modern day Cherokee have be missionized by various christian groups and no longer follow the way of their fathers.


Many American Indians still live in ghettos set up the the US government after they were largely exterminated and assimilated. No one ever compares America's real and documented crimes to the supposed injustice of the fake Palestinian people. The crimes of America were within the lifetime of many of our Grandfathers yet totally forgotten and made irrelevant by the grandchildren of the criminals. By the way you can also see this effect with regard to the Jews in Europe and America with regard to WWII.