No Difference Between These Arabs and Those Arabs

In the latest attack in what MK Yoni Chetboun (Jewish Home) has termed "trickling terror," two Arab residents of the Jerusalem neighborhood of Issawiya ran over a police officer who stopped them following a car chase Tuesday night.


The driver had ignored police orders to stop while driving near Issawiya. In the ensuing car chase a police car managed to stop the car at the southern entrance to the neighborhood.

Immediately after the car was stopped, it drove in reverse to hit an officer who had stepped out of the police car.

The officer, still conscious, was evacuated to nearby Hadassah Mt. Scopus Hospital, while the two suspects were arrested and brought in for investigation.

In early December Arutz Sheva reported on Hebrew University students' complaints of increasing attacks emanating from adjacent Issawiya. One student said Arab residents had turned the campus into a "war zone." Indeed, the attacks and harassment have been reported on for years.

The attack comes amid a wave of terror attacks, which statistics show have spiked since November with the resumption of peace talks....

...Following the [Bat Yam bomb] attack Justice Minister Tzipi Livni, who has been placed in charge of peace talks with the Palestinian Authority (PA), said the terrorism should be ignored and talks should continue.

On Saturday and Friday IDF forces clashed with terrorists on the Gaza border, as the terrorists threw rocks, fired mortars and tried to plant explosives on the security fence.

Esser Agaroth (2¢):
I have no idea what MK Yoni Chetboun (Jewish Home) means by "trickling terror." But, then again, I rarely understand what MK's from the Jewish Home Party say anyway.

"student said Arab residents had turned the campus into a "war zone." Indeed, the attacks and harassment have been reported on for years."

This sounds like a heck of a lot more than a trickle, especially considering recent events.

How many times must we repeat the cycle of beefing up security after a terrorist attack, become complacent, and then BOOM! There goes another one.

Only 12 years ago, a bomb was set off in the Hebrew University Commons, killing Jews. The bomb was placed there by Arab employees. How much do you want a bet that Hebrew University continues to employ Arabs? Two months before this bomb attack, there was a suicide bomb attack around the corner in French Hill, which killed seven Jews. 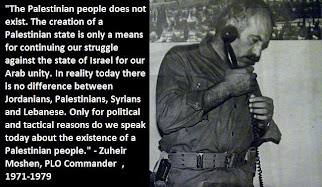 There are one and the same. Being from one warring clan or another, or originating from Syria or Egypt, does not make them any less our enemy.

It seems that MK Limor Livnat knows there isn't any difference, at least deep down inside she does. Her nephew from Elon Moreh in the Shomron (Samaria), not far from Shchem, was murdered by one. Here in this recent video, albeit unrelated to the recent terrorist attacks, she rails on Arab MK's.

Arab MK's have continually shown their support for Israel's destruction.
Posted by Esser Agaroth at 11:27 PM

Its very weird, because MK Ahmad Tibi himself is lining to known Syrian Damascus family. His grand parent joiner the Syrian el-Kaukgy brigade in 1947-8 war against Israel. After the war he settled in Taibeh which was then Jordan and after few month in was under Israeli sovereignty after both state exchanged some territories.

Thanks for commenting, and for the information. Very interesting,...

It seems to support my case, and the Arab MK's are working from within.