Watch an excerpt from Secretary of State John Kerry’s interview on Friday about the recently signed nuclear agreement.


Despite what critics of the Iran nuclear agreement say, Iran is not allowed to spend its unfrozen assets on Shiite militias, said Secretary of State John Kerry in an interview airing on Friday’s PBS NewsHour.

A landmark agreement that clamps down on Iran’s ability to make a nuclear weapon makes the region, and particularly Israel, safer, said Secretary of State John Kerry in an interview airing on Friday’s PBS NewsHour.

He said critics have asked, “Why didn’t you crush [Iran] with the sanctions?”
“I’ll tell you why. Because they won’t be crushed by sanctions – that’s been proven – and because we’ll lose the other people who are helping to provide those sanctions. … So there’s a lot of fantasy out there about this, quote, ‘better deal,’” he said.

The deal, negotiated this week by Iran and six world powers, must be approved by Congress and endorsed by the U.N. Security Council.

Despite what critics of the agreement say, Iran is not allowed to spend its unfrozen assets on Hezbollah, Shiite militias in Iraq or Houthi rebels in Yemen, Kerry continued.

“They’re not allowed to do that outside even of this (nuclear) agreement,” he said, adding that U.N. resolutions state as much.

Kerry said when he meets with Gulf state leaders in Doha in two weeks, he will outline what steps the allies can take to “push back against this behavior.”

U.S. intelligence “has done a full analysis of Iran’s fiscal needs,” and Iranian President Hassan Rouhani “needs to deliver to the Iranian people,” he said. “They have high expectations from this deal for a change in their lifestyle.” 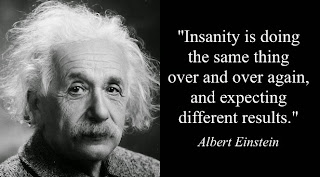 "Not allowed to spend its unfrozen assets on Hezbollah, Shiite militias in Iraq or Houthi rebels in Yemen?"

I have already addressed this countless times, but I will say it again. 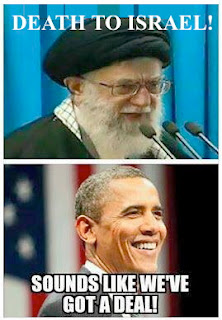 This strategy has never worked, and will never work,  trying to fit a non-Western peg into a Western slot. Yet, the U. S., continues on this same, fruitless path anyway, and Israel even more so.

Even the traditionally left-wing PBS could not hide Kerry's ridiculous statements, although they definitely tried, and many Americans are going to fall for it.

Yeah, good luck with that!

I am not buying the "naive and stupid" defense of anyone in the Obama Administration ANYMORE!

They are not THAT naive and stupid. Rather, I believe that they know EXACTLY what they are doing.

The only question which remains is...

Or is it someone else's higher up on the food chain?

Posted by Esser Agaroth at 1:57 PM