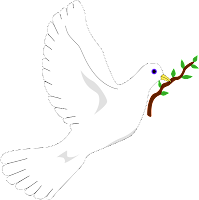 I brought FoxNews.com this evening, as is my custom upon returning home, and what should I find but the following headline:

The Lonely Life Of A Spy
It accompanied a photo of Israeli Foreign Minster and Prime Ministerial candidate Tzippy Livni running her fingers through her hair. The story, albeit potentially interesting, seemed to be a bit of a red herring. What was it doing there on the front page of FoxNews.com? The story included on a passing mention of the elections, and the probability that Binyamin Netanyahu, and not Livni, will be leading the next Israeli government.

I remember a while back, hearing pieces of Livni's story. I have no doubt there are several events and tidbits of information which she will never be allowed to reveal. However, what was published made her look like a glorified house-sitter.

(FoxNews.com) Livni said she had been unable to reveal to even her closest family that she was a spy. When her father visited her in Paris, he could not understand why a woman who had been a brilliant law student “was wasting her time in Europe doing nothing."

One story is that's exactly what she was. On the surface, this reminded me of a minor character in the Jason Bourne spy novels by Robert Ludlum, fully trained, yet having to pay her dues and drag herself up the professional totem pole like everyone else.

Keeping safe houses, headquarters, and the like occupied is apparently an important part of any location's cover. An empty house with different people coming in and out all of the time would raise too many eyebrows.

The placement of this story still begs the question, "Why now?" Why does "pro-Livni" newspaper finally decide to run an old story, we have so far only received bits and pieces of, in its entirety now?

Is this supposed to be the deciding factor in whether Livni forms the next government or not? No. That decision is in the hands of Israeli President Shimon Peres.

When I first read the story, the following thought immediately popped into my mind: TV Movie of the Week,...or perhaps an HBO mini-series.

If Tzippy Livni tires of politics, she has the material for a potentially best-selling autobiography, or a spy novel of her own.

I can see it now.

Tzippy Livni steps down from her Kadima Party leadership role, citing the desire to spend more time with her family.

Then thing we will see is her new book in the windows of Steinmetzky's Books across the country.

She can call it Code Name: White Bird, just like her own name, Tzipporah Livni.

Lavan = white
Posted by Esser Agaroth at 1:00 AM

if Peres lets her try to form a coalition, and she fails again like last time, maybe she will have to go write that book....

aha, so someone's catching on

Unless enough other parties and MK's really want to work with her, she won't succeed at all. The same goes for Bibi.

Does that mean that we'll have elections again?!

ps Ironically, I would like her to be PM and Bibi a strong opposition. That's the safest for the country. Don't let her get anything done, until Obama, Mitchel, Hillary etc find someone else to pick on.

Unfortunately, TZIPI is the only one in the Knesseth, with the exception of Leiberman, who has balls. She's the only one that will tell UTJ and Shas that during an economic collapse taking money to do nothing is not in the sole best interest of the country when 20,000 hard working israelis just lost their job.