The Only Solution To Anti-Semitism

Terror in Toulouse: An unknown assailant opened fire on a Jewish school in Toulouse Monday, killing at least four people and injuring five.

According to initial details, a man riding on a motorcycle opened fire on the Ozar Hatorah School at around 8:10 am, as the students were arriving for the school day, and then fled the scene. The shooter reportedly used two weapons, one of which was automatic....

....Prime Minister Benjamin Netanyahu added that "it is too early to determine what the background of the murderous act was, but it is impossible to reject the possibility that this act was driven by violent and murderous anti-Semitism. (Read the entire report)

...as if that matters? It's a wake up call to French and European Jews in general. Come home already! 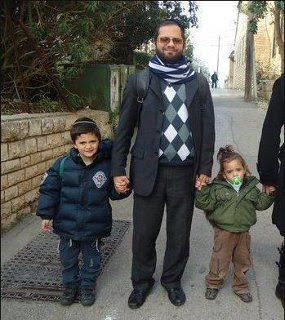 May HaShem Avenge Their Blood!

National Union MK Ya'acov Katz called on all of France's Jews to immigrate to Israel following Monday's shooting attack in Toulouse, in which four people were shot to death outside of a Jewish school.

Katz said that the Jewish people should not put their trust in world leaders such as French President Nicolas Sarkozy and US President Barack Obama.


Well, at least someone in the government is talking about the only solution to the problem of anti-Semitism.

I am hardly a fan of MK Katz. Yet, he had the courage to stand up and say what needed to be said. Even though Former Prime Minister Ariel Sharon said the same thing years ago, drawing the fire from then French President Jacques Chirac.

There are those Jews who would say that Jews should stay in their foreign lands, such as France and the U. S., and fight for their "civil rights." Many of those Jews are rabbis who would lose their jobs if too many of their "congregants" (such a goyshe word!) make aliyah (immigrated to Israel).

But, I say that, no. You are not running away from dealing with the problem of anti-Semitism; you are running TOWARD the only solution.

Besides, I do not see any fighting going on anyway, save for the French Jewish Defense League [JDL] once in a while.

During World War II, Rabbi Yissachar Shlomo Teichtel (Munkatch) hy"d , saw the signs of what would happen to the Jews who remained in Europe. He warned the Jews of Hungary that they needed to make aliyah immediately. Countless Jews would have been saved, if they would only have heeded his words.

With shootings in the U. S. and France, plus beatings and other incidences of violence, it is frustrating that our Jewish brothers and sisters still will not heed the words of Rabbi Teichtel.

How much more evidence will they need that their physical safety? Never mind about their spiritual safety. They're far from ready to hear anything about that.

French aliyah has gone up tremendously. There are even increasing numbers of predominantly French-speaking towns and neighborhoods. Many French Jews have been heeding the call. So, who can say why these Jews were killed, and others were not. We do not know the accounting in Heaven.

May HaShem avenge the blood of Rabbi Yonatan Sandler, and his sons Aryeh, 6, and Gavriel 3 1/2, and may their family and friends, and Jews of Toulouse, France, be comforted with all of the mourners in Zion and Jerusalem.

And may we see all of the Jews of France, and from around the world, soon return to their only true Homeland of Eretz Yisra'el.
Posted by Esser Agaroth at 8:30 PM