Most of you know by now that although I appreciate that opportunities and standard of living I received, growing up and being educated in the U. S., I no longer see it as my country.   I do not care what goes on there, except for how it affects the Jews residing there.

If non-Jews get any benefit from what I write, and attempt to bring out into the open, great.

But, my primary goal in writing about the U. S., and what is taking place there, is to encourage Jews to leave, and to come back to their only, true homeland, the Land of Israel.

Obama does not give a rat's tuchus about Jews, except for how their actions, and their votes affect him and his agenda.

Obama does not care about preventing another Holocaust.  On the contrary, it appears that he may be involved in the early stages of another one,...or two.

My Esser Agaroth (2¢) are interspersed below in blue italics.

Arutz 7: Obama: We Will Stay True to Principle of 'Never Again!'
Obama commemorated Holocaust Remembrance Day by vowing “to stand in the way of any tyrant or dictator who commits crimes against humanity.”

President Barack Obama commemorated International Holocaust Remembrance Day on Sunday, January 27, by vowing to “to stand in the way of any tyrant or dictator who commits crimes against humanity.” 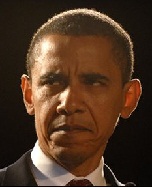 One who supports the so-called "Patriot Act," and all of its short cuts around Constitutional rights is not a tyrant?

One who wants to limit the quantity of bullets each American have in his possession is not a dictator?


“While this is a time for mourning and reflection, it is also the time for action,” the president said in a statement. “On this day, we recall the courage, spirit, and determination of those who heroically resisted the Nazis, exemplifying the very best of humanity. And like these courageous individuals, we must commit ourselves to resisting hate and persecution in all its forms. The United States, along with the international community, resolves to stand in the way of any tyrant or dictator who commits crimes against humanity, and stay true to the principle of ‘Never Again.’

Translation: Obama does not see Israel's eventual assimilation into Western culture (ie. oblivion) as a Holocaust.  Rather, he sees it as just one stage in the ultimate globalization manifesto,...something for the Jews own good.


Obama did not specifically mention any current conflicts in the international community, nor did he mention the Iranian regime’s affirmed desire to obliterate the Jewish State.

...nor apparently Hamas's, or Fatah's, or Islamic Jihad's, or Al-Qaeda's, or the Muslim Brotherhood's, nor the continued ban on Jews from Saudi Arabia...


Yet, the president affirmed that, “By remaining vigilant against those who seek to perpetrate violence and murder, we honor those we lost during one of the darkest periods in human history. And we keep their memory alive for generations to come.”

I'm lost here.  What about all those I just listed above who "seek to perpetrate violence and murder?"  What about Obama's desire to leave the American people vulnerable by personally chipping away at their Second Amendment rights?  Sounds like a dark period to me.

Translation: Obama is either extremely naive, extremely stupid, extremely afraid of whoever is pulling his puppet strings, or extremely brilliant and extremely evil, because he is doing an extremely lousy job "remaining vigilant."


The President stressed the importance of keeping alive “the memories of the 6 million Jews and millions of other innocent victims whose lives were tragically taken during the Holocaust over sixty years ago.”

Hmm... I wonder what pals Jeremiah Wright ("G - - damn, America!") and Louis Farrakhan (Nation Of Islam) would say about that.


“Those who experienced the horrors of the cattle cars, ghettos, and concentration camps have witnessed humanity at its very worst and know too well the pain of losing loved ones to senseless violence,” Obama added.

Stay tuned!  There's a FEMA Camp coming soon to a neighborhood near you!
Posted by Esser Agaroth at 12:42 AM