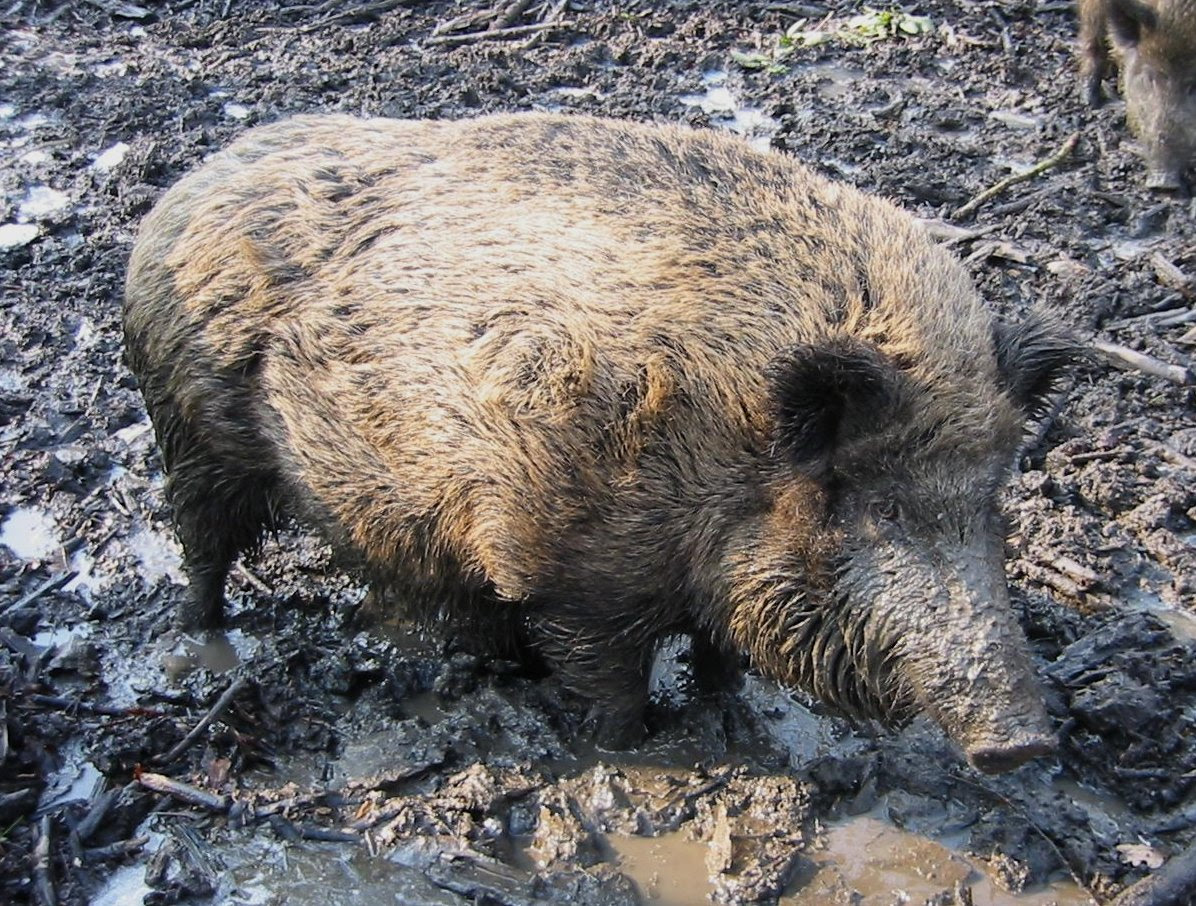 They are not really that "cute and cuddly," as depicted in the photo. They are quite dangerous, and a general menace.

Now, Elder Of Ziyon reports that Arabs are accusing Jews of being responsible for the damage caused by these wild pigs. They even claim that Jews are behind a recent pig attack on an Arab just north of Shchem (which CNN and others insist on calling "Nablus").

What WILL we think of next?

The truth is, though, that there is a wild pig problem, and the pigs do not discriminate.

They cause a lot problems for Jewish farmers. For example, it is now strawberry season, and there has been an on-going struggle over the damage that the pigs cause. Needless to say, the pigs damage all sorts of crops.

South of us, the town of Eli has a big problem with the pigs running through their town, making it dangerous to walk through parts of the town alone at night.

Do not let their size and shape fool you. They are quite fast, and hills do not seem to slow them down.

I do not believe that they have any other natural predator in the area. The skinny, wild dogs are no match for them.

I have heard about local Arabs trying to trap and kill the menacing wild pigs, but I am not so sure that is true.

There various news reports of the Arabs' "blame the Jews" mentality suggests that they are hardly likely to take any responsibility for coming up with such a solution.
Posted by Esser Agaroth at 9:21 PM

You know they really don't believe that Jews sent pigs to ravage things. The Arabs don't really care what they say as long as some idiot out there will fall in line and believe them.
They make any excuse to defame Jews. They are an obsessed people and its a mental thing.