Punished With Lashes in Syria: What's All The Fuss?

Arutz 7: Syria: 25 Lashes for Failing to Pray
Rebels' Islamic court punishes two men who did not take part in Friday prayers at the mosque.

Syria is undergoing an accelerated process of Islamization, which is led by extremist Islamist rebel groups that follow sharia courts, and who operate a morality police force that enforces law and order Islam-style.

In Haleb, two men were convicted of failing to take part in the Friday prayers (conducting trade during Friday prayers), and were sentenced to 25 lashes each, to be delivered publicly.

The two convicted men were brought to the city square, where they were flogged on their bare backs. The crowd that had gathered watched the scene quietly.

This is not the first time that the Ahrar al-Sham Islamist organization carried out flogging sentences in public. The Islamic organizations' religious court has even meted out sentences of capital punishment in the past.

Esser Agaroth (2¢):
So, some men were punished with lashes in Syria. What's the big deal?


Notice the force of the lashes. Was the skin broken? Notice how their clothes were handed back, and they were easily able to get up. They had fulfilled their obligations, and were then dismissed.

Lashes have been, and no doubt will be again, one form of punishment in a Torah-true, Jewish Homeland. Granted, they were not implemented for the failure to do a positive misswah (Torah commandment). Were they?

Nevertheless, they were one of the Beth-Din's (Kosher Rabbinical Court) options of punishments to employ, when the requirements for such a punishment were fulfilled. Even for something like violating a negative misswah, trial would be held, a determination of culpability would be made, etc.

Muslims and Christians have always taken their distortions of our Holy Torah to an extreme, in way or another. That is to be expected.

I believe that our "horror" at the Muslim "barbarism" is only an excuse used by some Jews such a Modern Orthodox, and those even more liberal, to remain in denial about just how politically-incorrect an authentically Jewish (ie. Torah) lifestyle and community can be.

The same goes for the "forcing" of women to cover their hair in some Muslim countries. 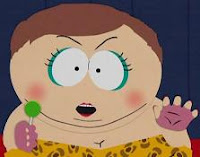 Halakhah (Torah Law) requires married, widowed (לא עלינו), and divorced women to cover their hair. By taking issue with Muslim women being "forced" (and thus "oppressed") to cover their hair, a Jew does nothing less than validate his or her rebellion against the Torah,...rabbis who confuse Western/progressive/assimilationist societal values with Torah aside.

I have a name for this approach to Torah. It's called the "Whateva'! I Do What I Want!" approach.
Posted by Esser Agaroth at 2:56 PM