This coming week includes Purim Qatan and Shushan Purim Qatan. So I decided to share with you some of me recent toying with the photoshopping of photos to be used as visual aids in my posts. Actually, I do not use PhotoShop the program, but something much, much, more primitive, thus the horrid quality. I hope your eyes do not hurt from them too much.

But, first, what is this Jewish-Israeli (AKA: Haveil Havalim) thing?

Founded by Soccer Dad, Haveil Havalim is a carnival of Jewish blogs -- a weekly collection of Jewish & Israeli blog highlights, tidbits and points of interest collected from blogs all around the world. It's hosted by different bloggers each week, jointly coordinated through our Facebook Group.The term 'Haveil Havalim,' which means"Vanity of Vanities," is from Qoheleth, (Ecclesiastes) which was written by King Solomon. King Solomon built the Holy Temple in Jerusalem and later on got all bogged down in materialism and other 'excesses' and realized that it was nothing but 'hevel,' or in English,'vanity.' Submissions may be may through our on-line submission form on BlogCarnival.com, which requires you to log-in first.

This week's No. 1 pick:
Tomer Devorah exposes the un-Jewishness of the Anti-Defamation League [ADL] in The Torah Is Offensive.

Meet the Peace Negotiations Quartet AKA "The Village People"

Yoel Meltzer tells Naftali Bennet, Leave The Coalition Now! and also warns us of The Propaganda Game being employed to pressure PM Netanyahu into signing a treaty.

The Shiloh Muse seems to think that Bibi is Betting on the Wrong Horse.

Jameel Rashid @ The Muqata wants to know Why is US Ambassador Dan Shapiro's Boss Such a Moron?


Life In Israel reports that The U. S. State Department's feelings get hurt over John Kerry spoof. 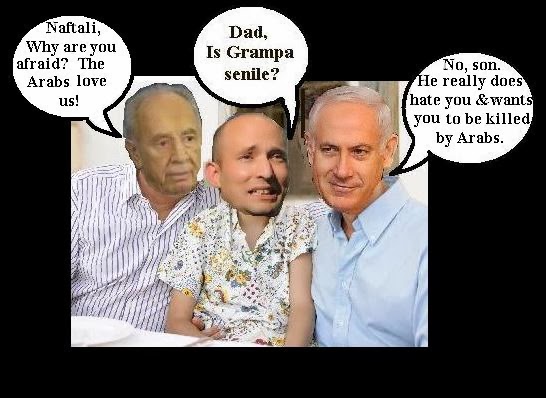 MK Moshe Feiglin is More Awesome than I Thought! but Ariel at The Torah Revolution Disagrees

And here, MK Moshe Feiglin speaks for himself, offering an alternative to Netanyahu - Bennett bickering.

According to Elder Of Ziyon, a Jordanian Sheikh says that Israel belongs to the Jews. How 'bout that?

Meanwhile, Jewish Israel exposes the use by the International Christian Embassy in Jerusalem [ICEJ] of Rabbi Shlomo Riskin's Universal Message to promote false deity and Christian worship in Israel.

Ariel at The Torah Revolution is, shall we say, not pleased with the Red Cross Red Crescent Red Crystal organization.

Elder Of Ziyon reports on the "Work Accidents" occurring in Gaza. Plus, how do you tell the difference between an Arab and a European anti-Semite?

By the way, Jews! France is not yours!

Elder Of Ziyon reports on the Defaced Yiddish Cultural Mural in Los Angeles.

Daniel Greenfield has an interesting expose on the differences between Islamic and Jewish and Christian traditions of modesty.

Real Jerusalem Streets presents a very comprehensive photo essay of this past week's events (18 photos!), including the Jerusalem Conference, Rosh Hodesh at the Kotel, and the Mothers for Sovereignty over Judea and Samaria Vigil in Inspiration from the Story of Esther Today.

It's Just Something to Think About... shares a quintessential personal, Israel experience (my favorite kind!) in My Jewish Family. She then gets interviewed by Eitan at A Jewish Israel, a very interesting read.

Mama Bla Blah updates us on her roller coaster ride, battling cancer in Mania And My Happylanche.

A Soldier's Mother tells us about The Lull Before Shabbat.

Shiloh Musings celebrates NCSY At 60, Havdalah, What I'm Not Unique? and discovers that the Phoenix Botanical Gardens left out Israel.

Yael Shahar announces that the book A Damaged Mirror is now available for Kindle!
"This holocaust memoir is a gripping journey into the grey zone between right and wrong, freedom and slavery, and the hope the lies on the other side of despair."

According to Israel Brews and Views, Shapira's is making Personal Beer for Purim. 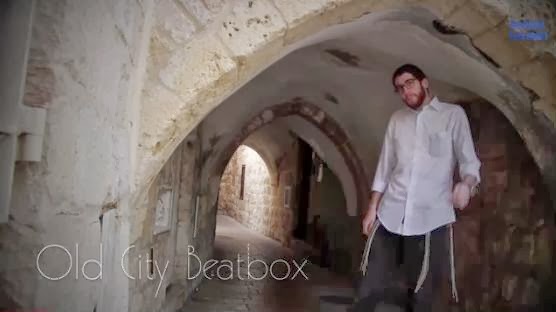 The Orthobox presents Beatboxing in Jerusalem's Old City - I wanted to post the video here, but did not want to take the traffic away from Israel Unseen. Please go check it out!

A Jewish Israel reports on the recent controversy in the Israeli Music Industry in Foreign Minister Liberman Harshly Critical of Left-Wing Capitulation.

It's Just Something to Think About... posted Saturday Night Nigun in Jerusalem.

Join our Facebook Group for more details on how to host!
Posted by Esser Agaroth at 8:11 PM

Thanks so much for hosting Havel Havelim and including my posts.

Awesome post! Thx so much for including my stuff!!!